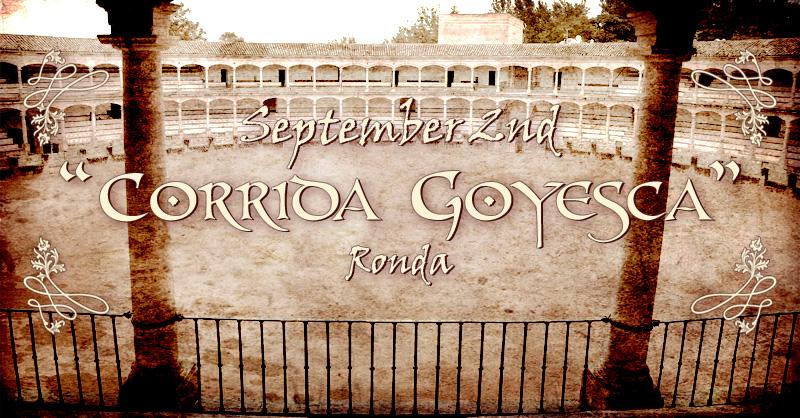 The bullfight is composed by bullfighters and its crew, dressed with typical Goyescos dresses (dressing from XVIII century and used until XIX century by the middle class).

The Goyesca was firstly organised by the families Ordoñez, Cayetano Ordoñez Araújo, son of the well-known Niño de la Palma, the main person to make this event work out.

The masters knew that Francisco, Paquiri’s son, Odoñez’s grandson, was the perfect heir, who could better understand, feel and continue with the spirit of the Goyesca bullfight. Thus, with the turn of the century, Riviera Ordoñez began to exercise as an entrepreneur of the Maestranza Rondeña.

The bullfighter Francisco Riviera Ordóñez will finally retire during this event after a successful career, it will take place during the 2nd of September. During the fair and Pedro Romero’s parties, he will do the bullfighter corridor together with his brother Cayetano.

We recommend you not to miss such an event like this one, this is something unique in Spain.