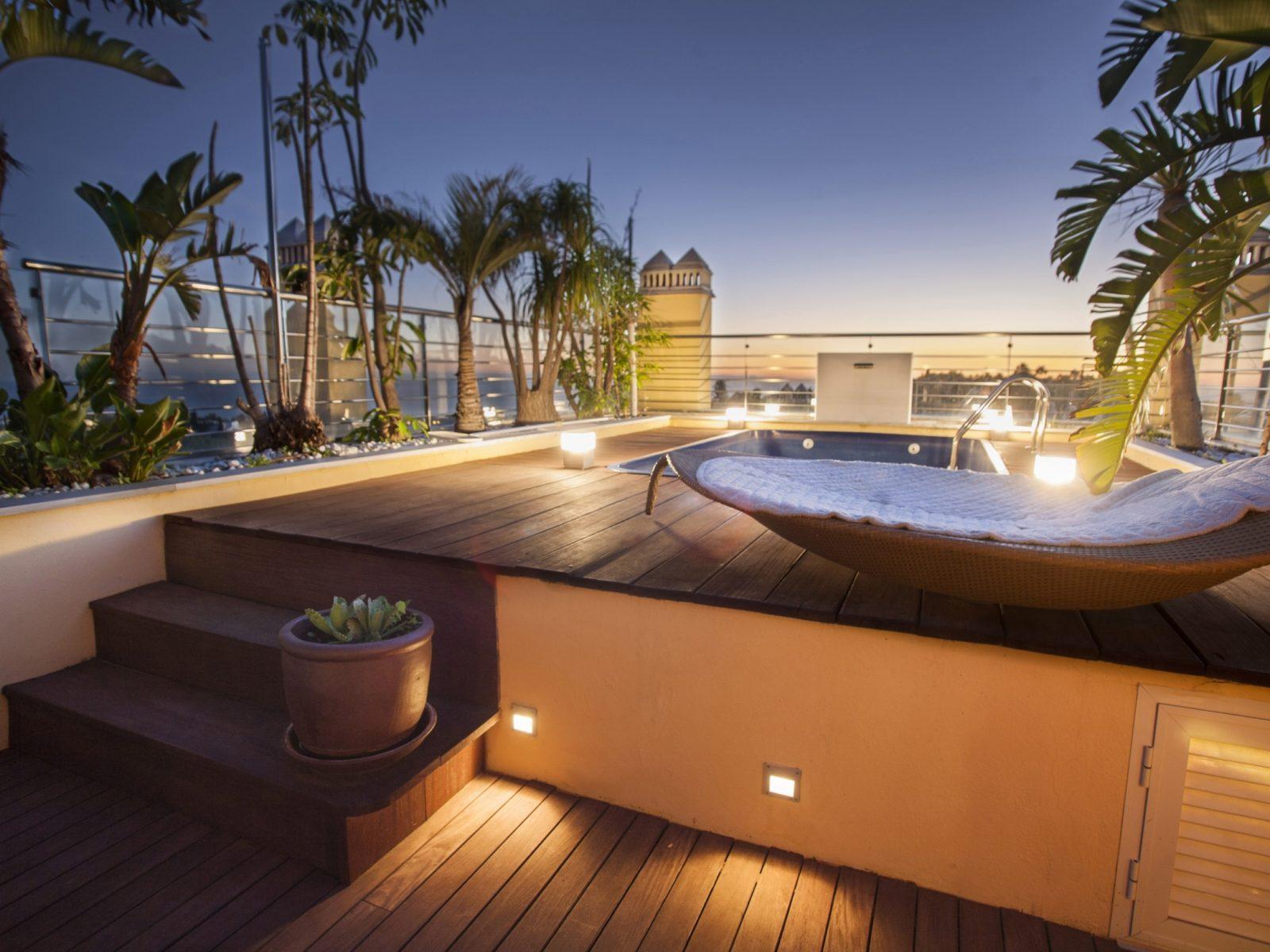 Home to Saudi princes, European royalty, billonaires, footballers, politicians and Hollywood stars such as James Stewart, Cary Grant or Audrey Hepburn, Marbella is the destination for luxury in the Mediterranean. Take a second and think about it: if money is not a problem and they could live anywhere in the world, why do all these people choose Marbella? The answer is quite simple. An amazingly sunny and stable microclimate, stunnig views and luxury.

Did you know that there are more golf courses per head in Marbella than anywhere else in the world? Maybe now you understand why some refere to Marbella as the Costa del Golf or the Golf Valley. Where else could you find a golf course where you can play at night? Golf Course ‘La Dama de Noche’ is the second course in the world equiped for nocturnal playing. You thought that you had seen it all in the golf world? Take the challenge and test your skills with a night play at this fabulous course! Oh, but what about the kids? Don’t worry, at the Dama de Noche they will look after them. So now that you ran out of excuses, what are you waiting for?

Well, maybe golf isn’t your thing. Maybe you are more of a horse lover. In that case, not only you have various equestrian clubs in Marbella such as Arrocha, Los Caireles or Marbella Club, but you could also experience an equestrian show in a bullring. Have you ever done that before? That very same bullring has hosted events such as the Davis Cup (we are talking about tennis now, as we are sure you know) and is a georgeous place to have a dip of Spanish culture, while enjoying some of the best horses in the world. If you’re not a looking kind of person and want more action, maybe you should join the Saint George Polo Club (Polo Club San Jorge, in spanish), that will open in may next year. You definetly will be the first one!

If horses won’t do it for you, how about some petrol? If you love the sound of a good engine and your passion is fast cars, there’s nothing like the Ascari circuit in Marbella. As they say, “your current abilities as a driver are irrelevant since the professional instructor of the Ascari Academy will take you, step by step, to ever increasing levels of driving skill through tailored one-on-one coaching”. If you become a member of the Ascari Club, you could even park your car(s) in their high-security garage to then test its limits in the track whenever you feel like it. If you prefer driving their Academy cars, you could see how it feels to be at the Wheel of a their Lotus Elise, their BMW M6, their Porsche GT3 or the Ascari KZ1, a car designed by Ascari himself. Tempting, huh?

But is that everything Marbella has to offer? Absolutely not. The list is completely overwhelming. Do you like Champagne? Actually, it doesn’t really matter if you do. If you don’t, you could still go to the Ocean Club Champagne party and spray your friends with a 6 litres size Moët from your VIP location, or just throw the bottles in the pool for someone to dive for them. But the Ocean Club is a beach club, so you might as well want to drink a bit. It tempts to get quite hot… Oh! And don’t forget your cream!

If you’re still in the mood for partying, maybe you should book the whole Nikki Beach Marbella for your own private event but if you’d rather spare yourself the headache, you might prefer to go to one of their famous parties such as the Celebration of Life or the Hollywood Stars party.

If you are more into ‘the real thing’, and want to spend the night with some real Hollywood stars, Olivia Valere is what you’re looking for. According to her, going to Marbella without going to Olivia Valere is like going to Rome without going to the Vatican. You wouldn’t do that, would you? Bear in mind that Sean Connery, Bruce Willis and even Prince Harry did visit the Marbellian Vatican…

After all this partying you might get a bit tired. It’s holiday after all so why don’t you go shopping around the port? On your way to shops such as Gucci, Bvlgari, Jimmy Choo, Louis Vuitton or Tom Ford, don’t miss Saudi Arabia’s Prince Salman Bin Abdulaziz’s yacht. A summer classic.

And then… back home. And when it comes to homes and luxury, no one beats Vacation Marbella. Check our luxury accomodations here!